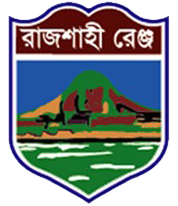 Rajshai Range comprises of 8 districts Rajshai, Chapainawabganj, Natore, Naogaon, Pabna, Sirajganj, Bogra and Joypurhat. Another unit is Range reserve Force (RRF). Range Reserve Force (RRF), Rajshahi, under an 8.427 acre of land, is one of the oldest units of Bangladesh Police. It is situated on the bank of the river Padma in Nabinagor mouza of Rajshahi district. Unit in charge is Commandant (SP) and supervised by the Range DIG Rajshahi. Primary duty of this unit is to help metropolitan police and district police in maintaining law and order. The sacrifices of Range Police in 1971 are:

Bogra is one of the oldest towns in northern Bangladesh under Rajshahi Division. The area of the town is approximately 71.56 sq km and it is about 10 km away from Mahasthangarh - the earliest capital city of Bangladesh, formerly known as Pundravardhana. The formal journey of Bogra district police began with the joining of Major William Whiler Home as the first SP on 12.01.1875. During the British rule 25 SPs served here and during the Pakistani rule another 21 SPs served in Bogra. Mr. SM Awlad Hossain, ppm, worked as the first SP of independent Bangladesh. Bogra district police played a glorious role in the liberation War 1971. A stage named "MasirUddin Mancha" has been established in remembrance of the police members who laid down their lives in 1971.

Pabna is a district in north-western part of Bangladesh. It is the southern most district of Rajshahi division having an area of 2,371.50 sqkm, under 9 upazillas. In 1971, Pabna district police was the first to protest against the Pakistan occupation Army. A total of 34 members of Pabna district police sacrificed their lives in their fight against Pak army in 1971.